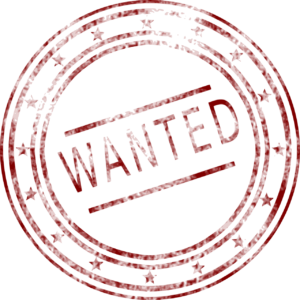 The Brits are currently in demand in the media industry. Look at all the amazing British actors we have working across the pond in America, bagging lead roles in some off the hottest Netflix series and Hollywood blockbusters.

But the British accent isn’t just alluring to the film and TV business- the world of the British Voice Over Talent is expanding all the time. Commercials, Narrations, Documentaries- you name it- the British accent is often chosen to bring a sense of luxury and style to a project that other accents just don’t.

Of course, there isn’t just one British accent, we are a country of many regions and cities, with a huge variety of accents and regional dialects which make us all different and unique.

The traditional Received Pronunciation (RP) has long been popular for news readers, documentaries and narrations, but as times have changed, neutral and regional accents have become increasingly in demand.

For a long time, male British voices were dominant in the voiceover world, but the female voice is becoming ever more popular, and countries that would once never touch a female voiceover for a project are now realising the true potential a female voice can bring.

Male voices have long been associated with strength, power and boldness- and as such, companies have been drawn to them for delivering powerful messages and sales driven pitches. However, a female voice can still be strong and powerful- but also bring a sense of comfort, intimacy and a personal edge, that to a listener’s ear, is much more approachable.

There is a place for hard, salesy, ‘in your face’ messages and you’ll still find them commercially, but a lot of people find it very off putting. The power of the subtle, understated ‘voice over your shoulder’ is generating greater sales than ever.

A British Female Voice Over brings a totally fresh vibe that delivers these type of messages perfectly.

It can be the voice of the best friend or your favourite Vlogger, gently suggesting where you should go, what you should buy and what you should do. It can be The Comforter and The Empowerer. The Story Teller and The Motivator. It can be a sense of urgency and call to action. It can sound luxurious, sleek and desirable.

That’s why, internationally, British Female Voice Actors are being booked for big commercial campaigns, company videos, web videos, phone systems and computer games. And why many foreign actors try to learn the accent, because they understand it’s allure.

So when you are looking to book your next voice for a project- think about the message you are trying to get across and how you want to do it, and consider how a British Female Voice Talent like me, could bring something extra special to YOUR brand and take it to places you never thought possible.

Never underestimate the power of a (British) Woman.